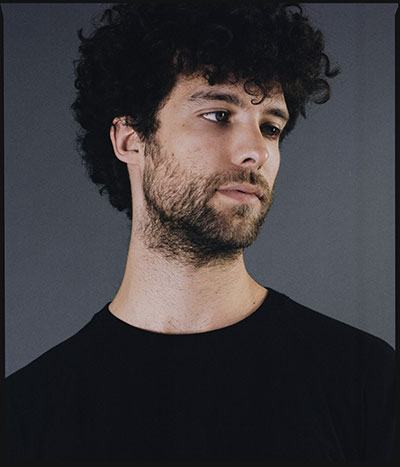 Wannes Salome (october 1990) has always been interested in sounds and composing music. With his naturally distinctive style in songwriting and production he has developed a talent to balance music between originality and accessibility. He is active as music producer (producing and mixing music for bands and songwriters), electronic music producer (composing electronic music) and songwriter.

In his teenage years Wannes Salome experimented by playing in bands and writing and recording songs of his own and developed a broad interest in music and sound. After high school he studied briefly at Utrecht School of Music and Technology and continued his studies at the Rotterdam based music university Codarts, focussing on Creative Production. Here he refined his skills as studio engineer, producer and songwriter. In these years he has won multiple prices in contests like Kunstbende and Op Weg Naar het Concertgebouw.

Right now he is active as key player and songwriter in Klangstof (www.klangstof.com), with whom he was the first Dutch band to play on Coachella and toured through America and Europe as support for bands like the Flaming Lips and Miike Snow. Next to playing live he is active as a producer/mixer for multiple artists.

Projects I have worked on:

Find some unreleased tracks on my soundcloud page.

Find my work history on LinkedIn.